This episode we mull over happenings from the news: Taylor Hawkins RIP, Will Smith slapping Chris Rock, and Bruce Willis’ decision to retire. If you want to protest Putin’s invasion of Ukraine, is it a good idea to play Russian compositions? Pop archaeology series Time Team is back, in really good shape, and free to watch, as is the Milked documentary about the dairy industry. We recommend music by Emily Capell, and the upcoming Slow Horses spy series on the telly.

We need to know the kind of music that moves you, and we also need a name for our new podcasting dog mascot! Get in touch with us with your suggestions. We also tell you the best way to sell a watch!

Taylor Hawkins sings Tie Your Mother Down, with the Foos, Brian May and Roger Taylor (YouTube)

Roxane Gay on the Will Smith incident (New York Times)

Bruce Willis to retire (The Guardian)

Emily Capell – I Found a Footballer to Marry Me (YouTube) 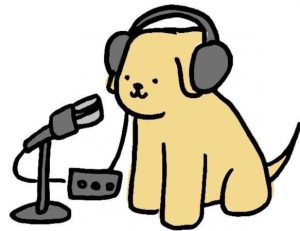 Available from all good podcast apps. And some rubbish ones too.

Use the popular apps below, or just search for us on your favourite.

Send us an email